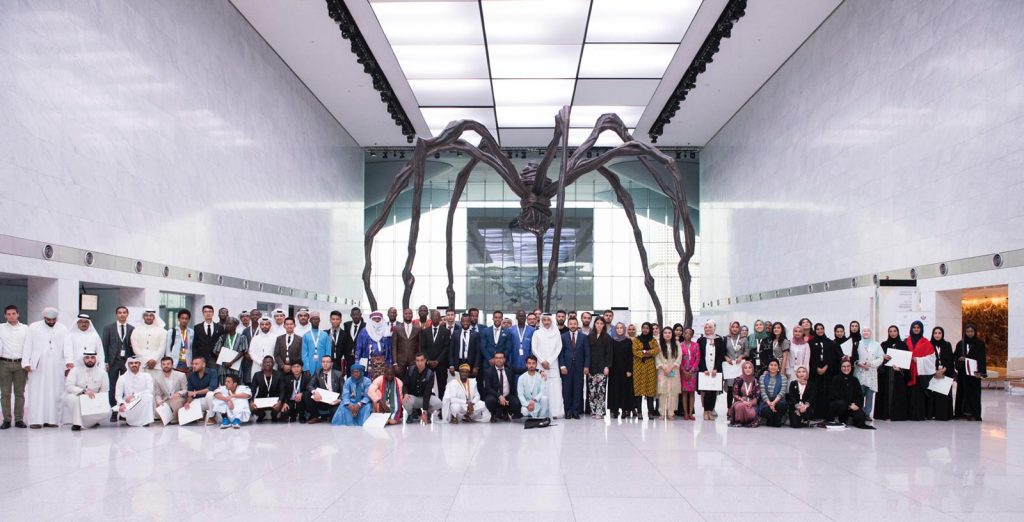 Doha Muslim Youth Forum under the framework of Doha OIC Youth Capital 2019 kicked off on 7 July 2019 in Doha, the State of Qatar with 90 young leaders selected among 9200 applications from OIC Member States.

The day started with the panel session on “Good Governance and Transparency”. The panel was addressed by Ms. Amal Al-Kuwari from National Health Insurance Company, Mr. Hussein bin Haj Mahmoud from the Department of Planning and Mr. Hussein Hassan from Control and Transparency Authority. ICYF Secretariat presented a symbolic gift to the Panelists for their valuable contributions to the Doha Muslim Youth Forum.

The first day of the Forum continued with the workshop sessions. Participants were divided to 3 workshop sessions where they discussed and deliberated the fundamental issues about good governance and transparency.

The second day of the Forum has started with the panel sessions given by Mr. Abdul Hadi Al-Shawi, Dr. Mohammed Saif Al-Kuwari and Dr. Arif Abdeljalil on Youth and Sustainable Development. During the session, facilitators have given examples on SDG’s and its importance. After the session, the participants pursued with non-formal education trainings on the issue.

On the third day, Ms. Amna Mohammed, Ms. Khawla Mortadawi and Mr. Shiraz Ahmed have conducted a panel on The Safe Use of Social Media. The session highlighted the importance of privacy and security in social media and how it affects Muslim Youth. The day concluded with workshop sessions and group activities on how to prevent the negative effects of social media.

On 10th and 11th of July 2019, ICYF conducted Model OIC Diplomatic Simulation programme on the sidelines of Doha Muslim Youth Forum. Around 90 delegates from 50 OIC Member States have discussed the issues of Good Governance and Transparency Among Youth, Youth, and Sustainable Development and The Safe Use of Social Media as representative of relative authorities of OIC Member States.

On the last day of Model OIC Diplomatic Simulation, The Delegates have simulated the Islamic Summit of OIC where they became delegation and acted as Head of OIC Member States. The Delegates were actively participated during the resolution writing process where they have put their ideas come together to find a concrete solution that Muslim Youth is facing today. The event has concluded with the adoption of resolutions and preparing the ‘Doha Declaration’.